Let’s Go Fly a Kite! Tips for Going to the Blossom Kite Festival in Washington, DC 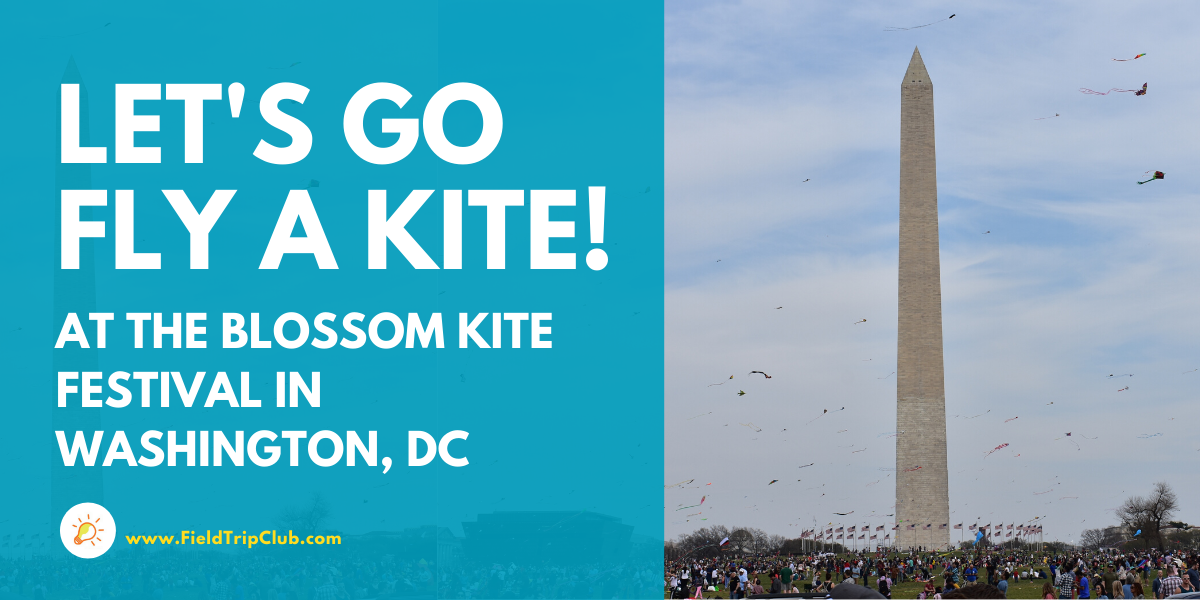 Every spring Washington, D.C. celebrates spring’s arrival with the National Cherry Blossom Festival.  The Blossom Kite Festival is part of that amazing celebration.

If you or your children need a little extra encouragement to see Washington D.C. during spring, and you’ve always envied Mary Poppins’ ability to fly a kite, then come send one soaring during the Blossom Kite Festival.

I took my three boys (ages 16, 12, and 8) who were reluctant to merely walk around enjoying flowers.  Instead, we flew kites, ate a small picnic, and then took a short stroll through the flowers. (I had to sneak them in somehow.) They loved it!

At one point my youngest gleefully flew two kites simultaneously. There were so many kites! We ended up flying kites and watching others for two or three hours. It was a great way to spend an afternoon together as a family.

Tips for Going to the Blossom Kite Festival in DC

While any visit to Washington D.C. during peak cherry blossom bloom is going to be crowded, weekends are usually the most crowded. However, flying a kite, or multiple kites, with hundreds of other kites is a sight to behold.   There will be kite enthusiasts the entire length of the National Mall, but the hub of action is the Washington Monument.

The best breezes usually come off the Tidal Basin and the hill of the Washington Monument with the competition and craft tables set up between the monument and Constitution Avenue NW.   There are craft tables and free kites for children, but supplies are limited.  Vendors also walk the Mall selling them.  Feel free to bring your own homemade or store bought kite, also.

Most of the kites were simple and inexpensive, but we loved seeing the larger kites and the more elaborate ones.  We had a hard time getting one of our cheap kites to stay air born, but some of the more serious flyers had huge, beautiful kites in the air for hours at a time.  My boys enjoyed discussing how the shape of the kite affected its ability to fly.  They also marveled that some seemingly impossible kites soared over all the others.

Tangled kite strings are an inevitable part of the experience and ended up being a great way to meet new people. Sorting out the tangles was an exercise in teamwork and an opportunity for new conversations.  We even shared one of our kites with a small family who brought a toddler and needed a kite.  Watching the toddler’s face light up as the kite took flight gladdened the heart of my teenager.

For most of the last decade the kite festival has been held on the last weekend of March, but check the website for specific dates.  The festivities start mid-morning and wrap up just before dinner.

The National Park Service also has a website you can check to monitor prediction times for peak bloom of the trees along the Tidal Basin.

How to Get to the Cherry Blossom Kite Festival

While it is possible to drive to D.C. and park in a garage or along the roads and river, I highly advise taking the Metro in from some point.  The streets around the Tidal Basin get particularly crowded during the National Cherry Blossom Festival.   Thankfully, the National Mall is very walkable and extra traffic officers are on hand to help.   The nearest stations to the Washington Monument are Smithsonian, Federal Triangle, and L’Enfant Plaza.  L’Enfant Plaza also has two food courts, but is not open late.

Due to the large crowds, the Metro will often make stations exit or entrance only. You may have to board the trains at a different station than the one you got off.  Also, because of the crowds, make sure you have your SmartTrip card preloaded with at least enough fare to get you back on the train before you leave the station.  That way you don’t have to slow down by adding fare at the kiosks during peak boarding times. Check the Metro website or their Twitter feed for notifications about travel tips and limitations. 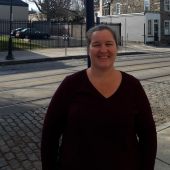 I am a chronic wanderer and enjoy exploring the mid-Atlantic area. I've been toting my children along many of my adventures for years. As a result, my list of "must see" things keeps growing, rather than shrinking.